Contract Termination – Securing the right to walk away

When negotiating a contract it is easy to become fixated on the terms governing who will do what, by when and for how much. However, equal thought needs to be given to what happens if things go wrong and in particular your rights of termination.

There are a limited range of circumstances in which a contract can be brought to an early end legitimately. That is why, before you sign on the dotted line, you need to ensure that you have negotiated a good set of ‘get out of jail’ cards and understand your options for escape.

A contract can only be terminated if:

Contrary to popular belief, breach of a warranty within a contract will not give rise to a right of termination although it may entitle you to claim compensation.

Negotiating the inclusion of key contractual terms as conditions, and attaching termination rights to serious events likely to have a significantly detrimental effect, is the best way to secure a way out if things go wrong and can be achieved through careful drafting when the contract is being prepared.

Trying to effect termination on any other basis will be more difficult given the need to persuade the other party that the consequences of a breach are so severe, or the course of conduct complained of is so clearly indicative of an intention not to honour agreed obligations, that it justifies you treating the contract as being at an end.

You also need to be mindful of the fact that non-contractual rights of termination, which can be implied by the court depending on the circumstances, are often excluded by standard and bespoke contracts to ensure certainty over when an early exit will be possible.

The circumstances in which you may want contractual termination rights to apply will differ depending on the nature of the contract and your priorities, but may include where the other party:

Confusion can often arise as to whether a breach of payment terms or timescales for performance can give rise to a right of termination. The position is not straightforward, but by way of general guidance:

Breaches for which no one is to blame

A tricky area to navigate is what happens where a breach occurs for which termination rights would normally be triggered but for which no party to the contract is to blame. For example, where a natural disaster renders performance impossible or an unexpected change in the law means performance would now be illegal.

In these circumstances the contract will either be extinguished or, if the event preventing performance is only temporary, suspended until such time as the event passes.

Unforeseeable circumstance provisions, known as ‘force majeure’ clauses, are a common feature of commercial contracts and excuse non-performance where a specified event outside of the control of one or other of the parties occurs. These are the sorts of clauses which tend to trigger a suspension and which could leave you in a state of limbo. To address this, provision can be built into the contract allowing for termination to occur if performance cannot be resumed within a reasonable period of time.

An experienced commercial lawyer will help you to secure appropriate termination rights when a contract is initially negotiated and guide you through the process of activating them if and when the need arises.

If you require help negotiating a commercial contract or advice in respect of termination rights under an existing agreement please contact the commercial team at our offices in Poole on 01202 725400 or Dorchester on 01305 251007. Visit us at www.hklaw.eu and follow us @HumphriesKirk on Facebook, Twitter and Linkedin.

We’ve got your back; helping you to protect your assets from fraud

As I’m sure many of you are aware, scammers are capitalising on the current situation…

The Government rapidly introduced legislation to protect tenants during the current COVID-19 crisis, and these… 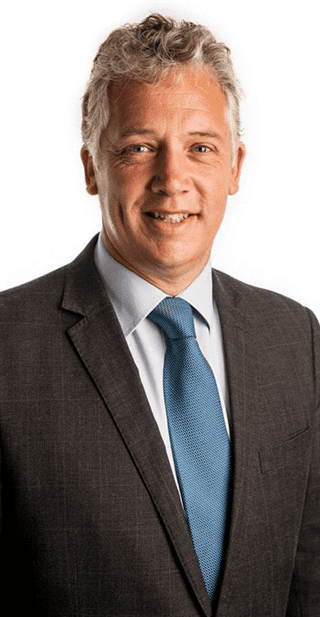 The first glimmer of light…

The announcement this week that the construction industry and property market is once again open for business, is the first glimpse of light at the end of the lockdown economic tunnel.

HK is open for business and our specialist team of property and construction lawyers is ready to help those wishing to move home,  invest in property, refinance and undertake development.

In the following weeks more industries will reopen and our community will continue to revive. I believe that with positivity the Country can fight off, not only Covid 19, but also the economic recession that is anticipated.

We are all looking forward to a brighter future but are mindful of the sacrifices made by each and every one of us over the last few months.  I know that the  HK team are here for our clients to support them and their businesses on the journey that lies ahead.  I may not be certain of what the future holds but I am certain that we at HK are equipped to provide the advice you need.

As a thank you for the huge support provided by front line workers we continue to offer preferential rates on selected services.